The Art of Sandblasting

Ever wonder how artwork is reproduced on glass with such close precision and depth?  Engraving glass is a skillful craft and the industry gold standard is a process called sandblasting. 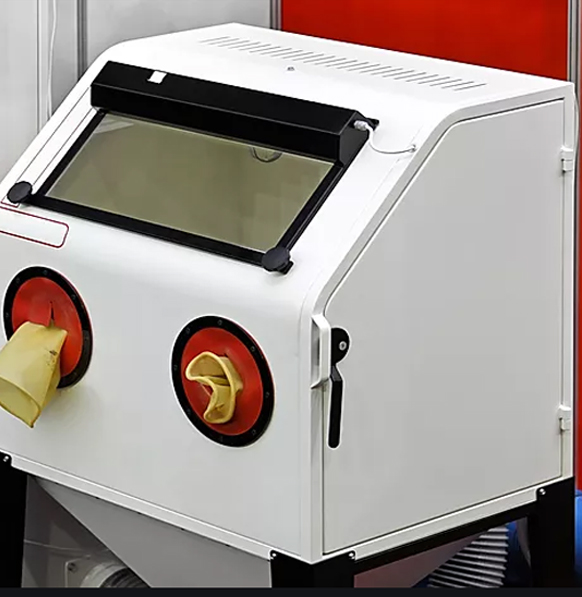 The term sandblasting is actually quite descriptive of the process itself.  It involves a mixture of air and an abrasive material which is blown at a high velocity toward the material.  The abrasive then etches or cuts away the material surface.  Here at EDCO Awards & Specialties we utilize the sandblasting process for decorating glass and crystal recognition awards as well as engraving on marble and metal trophy components.

Sandblasting has many applications.  Aside from engraving crystal trophies, it is frequently used in the auto industry to remove rust from metal parts and burrs from castings.  Dentists also use a form of sandblasting in production of crowns and bridges to roughen surfaces so cement or porcelain can attach easier.  In the sign business, it is used to decorate messages on a wide variety of products.

Sandblasting items such as glassware is a straightforward process. First you adhere a stencil to the item to be blasted.  A stencil is a mask containing cutout areas of the design and message.  Stencils are commonly made from vinyl, rubber or in our case a photoresist film.  When engraving glass or crystal we use photoresist, a film that is photographically exposed and processed.  Usually black and white artwork is used in the photographic process where a negative is used to selectively allow light to pass through and develop the stencil.  The non exposed areas "resist" the stream of sand while reproducing an image on the crystal surface.

When the stencil is in place, a steady stream of abrasive particles, such as aluminum oxide, is aimed directly at the item.  The best abrasive varies with the material being blasted and the type of cut desired.  The abrasive particles cut those surface areas not covered by the stencil.  The etching process for "frosting" typically only takes a few seconds, but if depth is desired can take much longer.  Explore our glass awards and crystal awards collections to get a better idea of what sandblasting looks like on trophies.