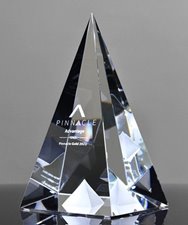 While the concept of retirement has been around for thousands of years, retirement as we know it today, with retirement trophies, gifts, parties, and awards, has only been around for 90 years. To better understand this life milestone, why it’s worth celebrating, and recognition in the workplace in general, it helps to look at early examples and track how the idea of retirement has changed over time. Such an understanding will only enrich your current employee recognition program and make celebrating the retirement of a co-worker or employee even more meaningful.

The first example of retirement gifts dates all the way back to 13 BC when the Emperor of Rome Caesar Augustus offered his legionnaires a retirement package which was roughly 13 times their annual salary. Soldiers became eligible after 20 years of service in the legion and five in the military reserves. Caesar Augustus intended this to be an incentive for soldiers not to revolt against the empire they once served and overthrow the government. Eight years later in 5 BC, Caesar Augustus doubled down on this idea, establishing a special fund to pay retired legionnaires rather than taking money from the empire’s general revenue.

The next major example of retirement also involved establishing a pension fund for soldiers, but almost 1600 years after Caesar Augustus was the first to do so and this time in England. In sessions between 1592-93, English Parliament established a pension for soldiers who lost limbs, became disabled, or otherwise put themselves sin great danger. Private soldiers could get up to 10 English pounds while lieutenants could get up to 20.

1684 saw the first nonmilitary members become eligible to receive a pension, as London Port Authorities became the first public servants to qualify for pension. Throughout the 18th century more and more members of the military became eligible for retirement and pension funds, as the US congress established pensions for naval forces, the Army, officers who stayed in service after the Revolutionary War, and more.

In 1857 New York became the first state to establish a retirement plan for police officers and by 1917 85% of US cities with populations over 100,000 provided some form of pension plan for their police forces. The first retirement plan for private-sector workers in America was introduced by American Express in 1875. American Express employees who had worked for the company for over 20 years and had reached the age of 60 and been recommended for retirement by a manager could receive up to half their salary annually. By 1919 there were over 300 private-sector plans in existence.

Considering what retirement looked like prior to the turn of the 21st century, and how few would have even been eligible for retirement benefits back then, celebrating retirement today is even more meaningful. Celebrating it is not just about honoring past accomplishments but also celebrating the fact that we live in a time where so many can have fulfilling, enjoyable lives after their careers have run their course. And what better way to commemorate retirement that with a beautiful award? At EDCO, we are the nation’s leader in recognition and have a wide selection of custom retirement awards that are all perfect for showing your employees how much you appreciate their continued hard work over the years.

It took a while for society to recognize the benefits of custom retirement gifts, along with any other award in a good employee recognition program, but that doesn’t mean that these benefits could soon become obsolete. If anything, awards like these are even more important in today’s world considering few people stay with the same company for most of their working lives. Turnover rate has increased by a staggering 88% every year since 2010 and this low talent retention rate is proving to be costly, making it more important to honor retiring employees who’ve been with the company a long time.

Today, we understand that keeping employees happy with their work and loyal to their employers shouldn’t be done after the fact, but this just goes to show how much retirement awards have evolved over the years.

Retirement Awards for the Modern Era

It wasn’t until 1935, with the enactment of the Social Security Act and later amendments to it, that retirement became a real possibility for millions of Americans. Following this act is when retirement awards as we think of them today – retirement trophies, plaques, vases, and more – came into being. Since more people were eligible for financial compensation in retirement, something special was needed to celebrate and honor those who had been with the same company for a long time and custom retirement gifts and awards as we know them today were born.

Employee recognition programs are vital to boosting company morale and creating an engaging, competitive, and productive workplace and no employee recognition program is complete without a retirement award. The award publicly honors those who’ve provided the company with quality, meaningful work over the years and gives them a physical token of your appreciation. Retirement awards also show that your workspace is one that cares about and invests in its talent. It’s one of the most important employee recognition awards you give out because it shows younger, shorter-tenured employees just how much you value hard work and loyalty and the kind of treatment they can expect twenty, thirty, forty years down the road. Additionally, it’s one of the last opportunities you have to show that employee just how much you and the company appreciate everything they’ve done over their tenure.

So, you know the importance of retirement awards, but what kind of award should you get the employees who make your business the last one they work for full-time? Considering this will be the last chance you have to show your appreciation, and it’ll make an impression on younger employees, you want to get something which successfully communicates the company’s gratitude. So, what are 5 examples of successful retirement awards? Clocks, plaques, sculptures, vases, and custom trophies will all ensure you’re giving the employee a proper goodbye.

Clocks are the most versatile type of retirement award because they can be placed down and hung up, giving employees two different display options. The award also combines functionality with aesthetics so the retiring employee will be reminded of just how much you appreciate them whenever they check the time. Additionally, the time aspect of the award reflects the employees time with the company and shows that you’ve really put some thought into the award.

Plaques are a tried-and-true method of showing appreciation and work great as retirement awards. They’re relatively easy to display and offer far more room for custom messages than any other type of award. With a plaque like our Continental World Globe, you’ll have room to include more than just a simple “thank you” and can that makes the award all the more special.

Sculptures, whether they be glass or acrylic, are a beautifully artistic way to communicate your thankfulness and are very unique. Sculptures deliver your message of thanks with unmatched style and come in a variety of shapes, sizes, and colors so you’ll have no problem finding a unique award that best represents your company.

Vases are arguably the most elegant type of awards you can give retiring employees, and they’ll certainly feel appreciated with how stunning these vases are. If you’re getting a vase for your employee appreciation program you’ll want to ensure it’s made from high-quality materials and handblown, as that extra care and attention will go a long way in making the retiring employee really feel special and appreciated.

What better way is there to show how appreciative you are of an employee’s dedication, loyalty, and hard work over the years than with custom trophy designed especially for them? There isn’t one! With the care and thought you put into the award, the retiring employee will know that you didn’t just search up “retirement awards” online and pick the quickest and most cost-effective option. Thus, they’ll truly feel that their hard work has been recognized and will have a display piece they’ll cherish forever.

Don’t let an employee retire without a proper thank you and goodbye that communicates how thankful you are for their work over the years! Especially in today’s world where employees don’t stay with a particular company for a long time, retirement awards are very important.

Whenever you’re looking to honor a retiring employee in your company, there’s no better place than EDCO to find an award they’ll cherish or create a custom one they’ll love. Shop our retirement award selection today!

More...
How Do You Thank A Dedicated Retiree? 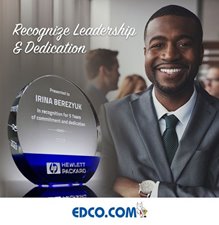 For most companies there will come a time when a dedicated employee will decide to retire. Most will never ask for it, but nothing makes a retiree feel more valued than a proper send-off. It may hurt initially to lose such a great worker, but showing respect and appreciation during their transition goes a long way. If you aren’t sure about how to properly thank them for all of their hard work, EDCO offers many different trophies, awards, and plaques to help recognize employee dedication.

Showing appreciation for long-time employees is a wonderful practice. Not only does it show that you are a caring employer, but it boosts morale for other workers. It shows the retiring employee and current employees that their company cares for all their hard work.